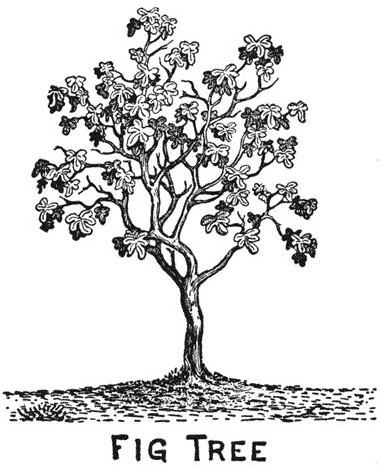 Will See All These Things Come To Pass

Before The End Of the Age

“Thus says the Lord God of Israel, ‘Like these good figs, so I will regard as good the captives of Judah, whom I have sent out of this place into the land of the Chaldeans. For I will set My eyes on them for good, and I will bring them again to this land; and I will build them up and not overthrow them, and I will plant them and not pluck them up.”

God cannot be speaking historically from our vantage point, because Judah and Israel were plucked out and the second temple destroyed in 70 AD.

Not until 1948, was the Land of Israel once again restored and re-established as a  Nation, after 2000 years.

The “Fig-tree” is a New Testament symbol or figure of [National] Israel and was used by Jesus Himself. As Jesus sat upon the Mount of Olives, on the ‘Tuesday evening preceding His Crucifixion, His Disciples came to Him and asked a threefold question-“Tell us, when shall these things be (the destruction of the Temple)? and what shall be the SIGN of Thy Coming, and of the end of the world (Age)?” Matthew. 24:3.

These three questions Jesus answered in His “Olivet Discourse” which followed. In His answer to the question-“What shall be the SIGN of Thy Coming?” Jesus mentioned three signs:

Matthew 24:34
Jesus Replies:  “Now learn a parable of the fig tree; When his branch is yet tender, and putteth forth leaves, ye know that summer is nigh: So likewise ye, when ye shall see all these things, know that it is near, even at the doors. Verily I say unto you, This generation shall not pass, till all these things be fulfilled.”
“The days of our lives are seventy years; And if by reason of strength they are eighty years, Yet their boast is only labor and sorrow; For it is soon cut off, and we fly away.”  Psalm 90:10
1948 + 80= 2028 [The still unbelieving Jewish people will indeed see all these things come to pass; all true Believers in Christ, including Messianic Jews will be raptured no later than 7 years prior, or absolutely no later than  2021.

Jesus also identified 4 types of signs to answer the question about the sign of the end of the age:

Jesus referred to these as the Beginning of Sorrows and certainly believers in Christ have seen these signs — these are prior to a new and more devastating dispensation as revealed in the Book of Revelation: The Seal, Trumpet and Bowl judgements, which are from God Himself. Believers in Christ will witness the beginning of sorrows, which we are now seeing, but will be delivered from the judgements of God. We will be snatched away and delivered from the wrath to come.
1 Thess 4:13-28 [Rapture Verse]

13 But I would not have you to be ignorant, brethren, concerning them which are asleep, that ye sorrow not, even as others which have no hope.

14 For if we believe that Jesus died and rose again, even so them also which sleep in Jesus will God bring with him.

15 For this we say unto you by the word of the Lord, that we which are alive and remain unto the coming of the Lord shall not prevent them which are asleep.

16 For the Lord himself shall descend from heaven with a shout, with the voice of the archangel, and with the trump of God: and the dead in Christ shall rise first:

17 Then we which are alive and remain shall be caught up together with them in the clouds, to meet the Lord in the air: and so shall we ever be with the Lord.

18 Wherefore comfort one another with these words.

“Listen, I tell you a mystery: We will not all sleep, but we will all be changed— in an instant, in the twinkling of an eye, at the last trumpet. For the trumpet will sound, the dead will be raised imperishable, and we will be changed.  For the perishable must be clothed with the imperishable, and the mortal with immortality…”
QUESTION: Why are true believers in Christ raptured BEFORE  all these things come to pass?
Because believers in Christ are not part of a short but devastating  new Dispensation called the Time of Jacobs Trouble [Gods Plan for Israel to learn the identity of their real Messiah – Jesus Christ, Yeshua Mamashiach,  from the Tribe of Judah and the ONLY Begotten Son of the Living Creator, YHWH!]
Believers-In-Yeshua now — before the end of this roughly 2,000 year dispensation  are NOT appointed to the wrath of God. This period of time for Jacob’s Trouble (deliverance through severe tribulation)  is generally considered 7 years (Daniels 70th week) and is commonly referred to as the 7 year tribulation. People have varying views on the precise timing, events, and exact order of events… but almost every true believer-in-Christ knows that the time is near — at the door — to our deliverance from this fallen earth —  and to look up because our redemption draweth nigh!
Once ALL believers are finally delivered –Jew and Gentile,  Jesus will take final and complete ownership and authority of this earth at the battle of Armageddon; then rule/reign for 1,000 years, as described in the Book of Revelation.
Maranatha!!
Romans 11:24-26
24 For if you were cut from a wild olive tree, and contrary to nature were grafted into one that is cultivated, how much more readily will these, the natural branches, be grafted into their own olive tree! 25 I do not want you to be ignorant of this mystery, brothers, so that you will not be conceited: A hardening in part has come to Israel, until the full number of the Gentiles has come in. 26 And so all Israel will be saved, as it is written: “The Deliverer will come from Zion; He will remove godlessness from Jacob.…
Luke 21:28
And when these things begin to come to pass, then look up, and lift up your heads; for your redemption draweth nigh.

Jeremiah 30:7
7 How awful that day will be! None will be like it! It is the time of Jacob’s trouble, but he will be delivered out of it.
Jeremiah 2:27
For they have turned their backs to Me and not their faces, yet in the time of trouble they beg, ‘Rise up and save us!’

9 For God hath not appointed us to wrath, but to obtain salvation by our Lord Jesus Christ,

10 Who died for us, that, whether we wake or sleep, we should live together with him.

Old Testament Prophesy  Fulfilled And Continuing To Be Fulfilled
Isaiah 66:8-9
Who has heard of such as this? Who has seen such things? Can a country be born in a day or a nation be delivered in an instant? Yet as soon as Zion was in labor, she gave birth to her children. 9Shall I bring a baby to the point of birth and not deliver it?” says the LORD.

‘Thus says the Lord God, “When I gather the house of Israel from the peoples among whom they are scattered, and will manifest My holiness in them in the sight of the nations, then they will live in their land which I gave to My servant Jacob. They will live in it securely; and they will build houses, plant vineyards and live securely when I execute judgements upon all who scorn them round about them. Then they will know that I am the Lord their God.” ‘

For thus says the Lord God, “Behold, I Myself will search for My sheep and seek them out. As a shepherd cares for his herd in the day when he is among his scattered sheep, so I will care for My sheep and will deliver them from all the places to which they were scattered on a cloudy and gloomy day.

WHAT MAKES THIS TIME DIFFERENT?

The Nation of Israel has been re-established

According to Scripture, Time is Just About UP!!

TODAY IS THE DAY OF YOUR SALVATION: CHOOSE JESUS.

Your Place Throughout Eternity Is Literally At Stake.

← Habakkuk 1-2
Types and Shadows: The Lord Will Make Bald… →