Easter and Other Thoughts:Ye That Work Iniquity 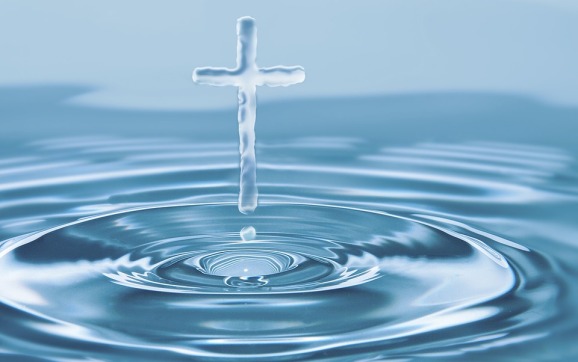 21 Not everyone who says to Me, ‘Lord, Lord,’ will enter the kingdom of heaven  but only he who does the will of My Father in heaven.

22 Many will say to Me on that day, ‘Lord, Lord, did we not prophesy in Your name, and in Your name drive out demons and perform many miracles?’

23 Then I will tell them plainly, ‘I never knew you; depart from Me, you workers of lawlessness!’

Some personal thoughts on these few verses that have been explained differently and in various ways:
1. Jesus is talking to believers in Christ, not to unbelievers. The idea that he is speaking to unbelieving Jews  is a stretch. The early believers in Christ are also the body of Christ,  which was in fact made up of believing Jews. Moreover, Jesus is also referencing the future (Many will say to me on that day) and to future believers.
2.  People who are performing miracles,  healings and driving out demons in the name of Jesus, are NOT conjuring up satan. These are people who are believers in Christ.
3. Why then, did Jesus say, I never knew you; depart from me , you workers of lawlessness?  Jesus  explicitly calls these believers,  “workers of lawlessness.” He does not call them unbelievers in Christ, fake Christians, or the unsaved. Jesus also answers this clearly in the very first verse: only people who do the will of the  Father in heaven, will enter the Kingdom of Heaven.
It’s important to remember that the death, burial and resurrection of Jesus, has delivered us all from the penalty of sin — the wages of sin is death (Jesus came to earth for the necessary and sufficient sacrifice for the sins of the world, past, present and future. No more blood will ever need to be shed for future sins, and in Christ, we have eternal life.)
Though we are regenerate in spirit, we live on earth in a  fleshly, physical, sinful mortality of mind  and body, which God Himself will deliver us from the very presence of sin when we are glorified.
In the meantime, as we dwell on this earth, Jesus sent to us the Spirit of Truth that is the Holy Spirit, who will direct us in all remembrance and of truth, and convict us of our sin, which when we are convicted — we repent. The Holy Spirit delivers us from the power of sin in our lives. It’s an achingly, slow and painful process at times, but necessary to prepare us for glorification.
So how do we know that we know if  Jesus knows us and that we are doing the will of the Father in Heaven?

My little children, these things write I unto you, that ye sin [transgression of God’s law] not. And if any man sin, we have an advocate with the Father, Jesus Christ the righteous:

2 And he is the propitiation for our sins: and not for ours only, but also for the sins of the whole world.

3 And hereby we do know that we know him, if we keep his commandments.

4 He that saith, I know him, and keepeth not his commandments, is a liar, and the truth is not in him.

5 But whoso keepeth his word, in him verily is the love of God perfected: hereby know we that we are in him.

6 He that saith he abideth in him ought himself also so to walk, even as he walked.

In scripture, from the OT to the NT, our Father, longsuffering as He is, eventually judges nations and chastises His people for basically two  reasons:

These in large part are clearly laid out  in the 10 Commandments. If we love God, we will not be disobedient. If we sin, we have propitiation for our sins in the atoning blood of Christ.

The Holy Spirit, the Comforter and Spirit of Truth, convicts us of our sins and we repent in contrition and heartfelt remorse, as  loving children  do when they grieve a beloved parent. It’s called merciful, progressive sanctification!

Just as parents train up their children, we too are being trained up in Christ.

God’s laws are never burdensome or legalistic; they are a true blessing!! It is blasphemy to believe otherwise.

Which leads me to the old saying, Lipstick on a Pig…

When Planned Parenthood uses the term ‘Reproductive Health’, does that mean we can all of the sudden justify our support for the organization? If they give general health advice to pregnant women and also perform abortions, does that mean we can now support their efforts because of a nice name and some health education that is imparted? I think not, because we know the origins and original objective of Planned Parenthood. Changing the language and adding on service niceties, doesn’t take away the atrocities.

Likewise, changing the name of easter to Resurrection Day, doesn’t take away the atrocities of Easter worship. Adding a Christian veneer, doesn’t take away the rot and pagan influence that were and continue to be celebrated on that  day. Jesus kept the last supper on Passover — not easter Sunday. With wine and unleavened bread, He told us to remember His death, not  His resurrection.

23 For I received from the Lord what I also passed on to you: The Lord Jesus, on the night he was betrayed, took bread, 24and when he had given thanks, he broke it and said, ‘This is my body, which is for you; do this in remembrance of me.’ 25In the same way, after supper he took the cup, saying, “This cup is the new covenant in my blood; do this, whenever you drink it, in remembrance of me.’ 26For whenever you eat this bread and drink this cup, you proclaim the Lord’s death until he comes.”

6 And he said to them, “Well did Isaiah prophesy of you hypocrites, as it is written,

“‘This people honors me with their lips,
but their heart is far from me;
7 in vain do they worship me,
teaching as doctrines the commandments of men.’

8 You leave the commandment of God and hold to the tradition of men.”

Easter was first celebrated as a holy holiday in 325 AD.

Easter was originally a pagan celebration of the goddess Ishtar (not a Christian holiday). The early Christians celebrated Passover and not Easter. The Roman Catholic church started celebrating Easter and then the Protestants did later. The resurrection of Christ has nothing to do with Easter bunnies and eggs. Those are fertility symbols from the pagan Easter. Many Christians call it Resurrection Day instead of the pagan name of Easter.

The name Easter originally came from Eostre. Eostre was the ancient Greek goddess of fertility. Pagan festivals were held every year to honor her because it was believed that she had returned and brought with her the light of day. This festival marked the return of longer days and it also coincided with the Vernal Equinox which is on the twenty-first day of March every year. The early Greeks did not fully understand at that time why the days became shorter and then turned longer again. They were afraid that if they did not worship the goddess of spring, that she would stop returning and the sunlight would not return either.

“There is a way which seems right to a man, But its end is the way of death.”

Changing the name of Saturnalia to Christmas is also like putting Lipstick on a Pig:

“Roman pagans first introduced the holiday of Saturnalia, a week long period of lawlessness celebrated between December 17-25.  During this period, Roman courts were closed, and Roman law dictated that no one could be punished for damaging property or injuring people during the weeklong celebration.  The festival began when Roman authorities chose “an enemy of the Roman people” to represent the “Lord of Misrule.”  Each Roman community selected a victim whom they forced to indulge in food and other physical pleasures throughout the week.  At the festival’s conclusion, December 25th, Roman authorities believed they were destroying the forces of darkness by brutally murdering this innocent man or woman.

Changing the Holy, Blessed, Sanctified Sabbath Day of Rest as modeled and commanded of us by our Creator,  and instead worshiping  Him on Sun Day (the day of worshiping the pagan Sun God)  is willful disobedience.  God never changed the Sabbath day of rest, the Roman Catholic Church did, and they are proud of it:

“We observe Sunday instead of Saturday because the Catholic Church, in the Council of Laodicea (364 AD) transferred the solemnity from Saturday to Sunday.”

29th Canon of the Canons of the Synod held in the City of Laodicea,
in Phrygia Pacatiana (364 AD)

“Christians must not judaize by resting on the Sabbath, but must work on that day, rather honouring the Lord’s Day [Jesus is Lord of the Sabbath]; and, if they can, resting then as Christians. But if any shall be found to be judaizers, let them be anathema from Christ.”

If Christians were not keeping the Sabbath, then the 29th Canon would never have been written. The fact is that early Christians, from the 1st to 4th century, were in fact, following the commandments of God, resting on the Holy, Sanctified, Blessed Day of Rest, remembering Jesus on Passover, and continuing to follow the Lord’s Feast Days.

“Most Christians assume that Sunday is the biblically approved day of worship. The Catholic Church protests that it transferred Christian worship from the biblical Sabbath (Saturday) to Sunday, and that to try to argue that the change was made in the Bible is both dishonest and a denial of Catholic authority. If Protestantism wants to base its teachings only on the Bible, it should worship on Saturday.”
— Rome’s Challenge immaculateheart.com/maryonline, 2003

Keep studying, praying for and seeking Truth. Sometimes revealed truths deeply hurt us, but it is much better to know the truth and  repent,  than continue to live in lies, deception and  sin.

← On the Mechanisms and Risks of the COVID-19 mRNA Vaccine